Several years ago I wrote an article about a woman who attended the same church as my family when I was growing up in the 1960's. Periodically the woman, who sang in the choir with my mother, would stand up and face the congregation on a Sunday morning, and everyone could see that she had tried to use make-up to cover a swollen and blackened eye.

I recalled this woman, and my awareness of her when I was a child, several years ago when I was coordinating a project with the primary goal of reaching out to older women who were, or had been, abused by a husband or intimate partner. The project was funded by the federal Administration on Aging, and the impetus came from a joint interest shared with the American Association of Retired Persons (AARP). AARP had published a booklet entitled "Elder Abuse or Domestic Violence?" which helped me reframe my thinking about abuse of older people. It asked a simple question about the experience of older women. The many answers to the question have informed my work ever since.

Though other states have followed, Vermont was the first state to create a Power and Control Wheel that attempted to encapsulate the many tactics used to exert control over older people. We did this because we could see that the analysis of power and control as the impetus for violence, abuse and exploitation fit just as well in older people's lives as it did in those of their younger counterparts. Little did I know just how challenging this would be to some who were only comfortable with a gender-based analysis of partner violence. At that time, age, disability, cultural status and the reality of same-sex violence were not part of the conversation. Almost a decade later, we can agree that gender is important because of the amazing power differential between men and women in our culture. However, gender is only a part of what perpetuates the violence.

Before this transformation in my thinking, the words "elder abuse" evoked images of a problem just too big and too hopeless - a place with no way out. It may seem strange to some, but when I project the words "domestic violence" onto the images of abuse in later life a new picture emerges. The capacity to understand what is motivating the abusers creates the potential for change and the hope that people's lives can be saved. The analysis provided by the domestic violence movement that people abuse power to gain control over others offers a way for us to understand how people can do the horrible things they do to the people they claim to care about. With understanding comes another kind of power - one that can liberate. 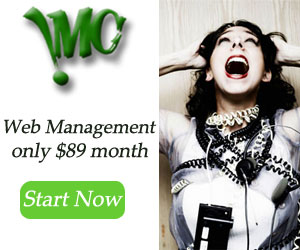 Unfortunately, those of us who believe that change is possible still haven't found reliable ways to reach the women and men who are older and who are being abused. Most older people being hurt by a loved one or a caregiver never tell anyone. It's important to remember that the woman in our church was constantly confronted with the societal norms of the time, by employment restrictions, and by many factors that demanded that she stay in her marriage -- no matter what. If she or her peers found themselves in a violent marriage, most stayed at least until their children were grown. They spoke rarely, if at all, about the abuse in their lives. And society, including Vermont, still has some pretty clear messages about the abuse of older people. Compared to the enormous resources that are well spent to investigate and provide protection for abused children, we have only six people in Vermont assigned to the task of protecting vulnerable adults.

Even if we're still searching for the words that can erase the old messages, we'll keep trying to reach out to older people. In the next few months you'll be seeing and hearing new messages - ones that say it's okay to seek assistance, that there are ways out. Those of us who work to end the violence and abuse carry with us a hope that every minute of every day a person, no matter what their age, will see or hear something that makes them stop and say: "Hey, that's me they're talking about, and I want help."

Laws and Regulations Help Lines and Hotlines Other Resources